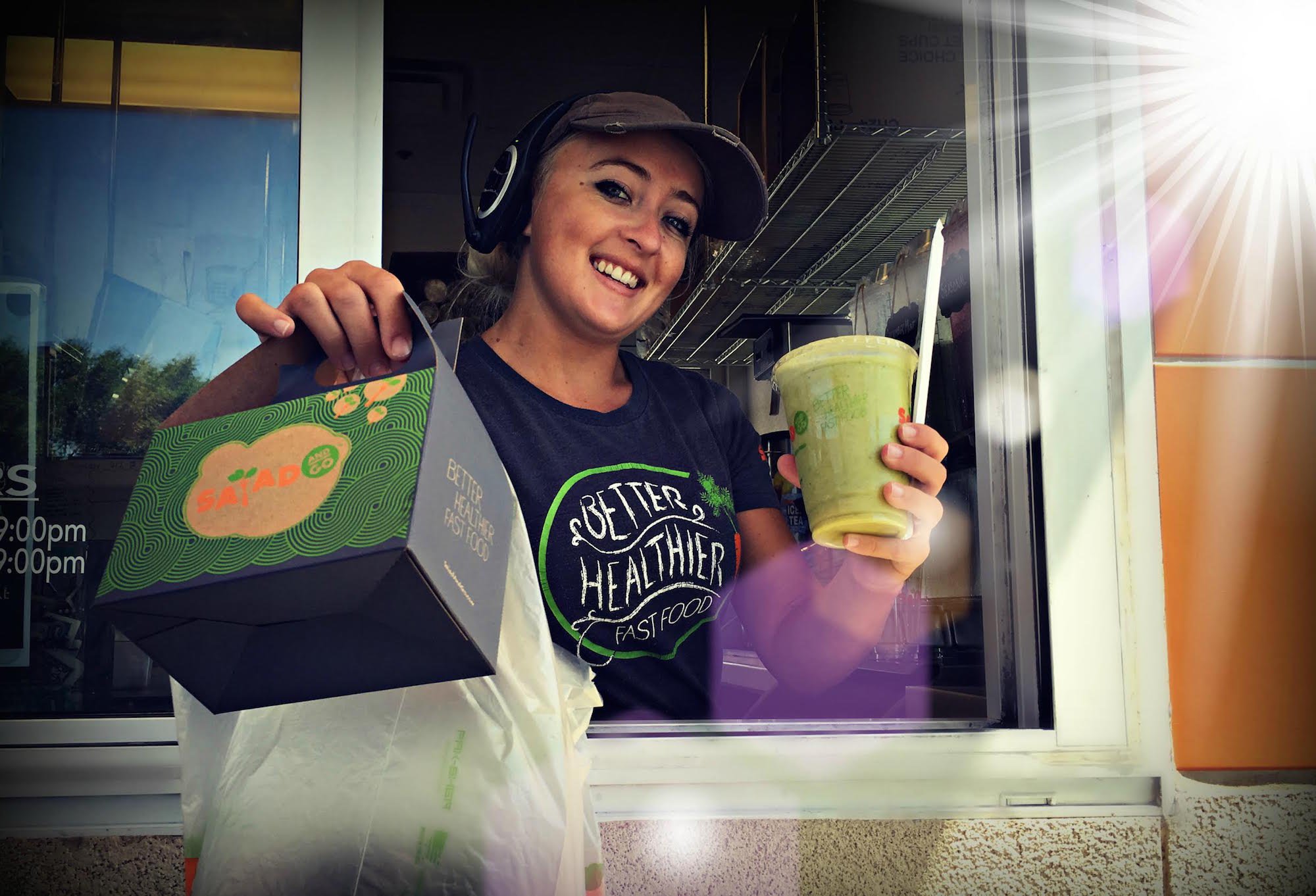 Legacy mega-brands like McDonald's, KFC, and Burger King have dominated the fast food industry for decades.

But within the last few years, many American consumers have shown a growing interest in healthier fast food that incorporates more low-calorie ingredients and fresh produce while remaining convenient and affordable.

In late 2016, top food executives from PepsiCo and Campbell Soup Company told Fortune that cleaner food is not just a trend, but a movement. And that shift is spilling over into the fast food market too, forcing legacy chains to try to keep up. In the last four years, Taco Bell has pledged to cut artificial ingredients and use cage-free eggs, and has introduced a lower-calorie menu. McDonald's has  worked with dietitians, removed antibiotics from its chicken, and added more salads to its menu.

But new healthy fast food chains are also seizing the opportunity to compete with legacy brands, creating low-calorie menus for similar prices. These new US chains are regional (for now), but they're growing in popularity.

Check them out below.

Salad and Go sells 48-ounce salads for around $6, as well as soups, smoothies, and breakfast items for around $4.

Since launching in the fall of 2016, Salad and Go now has six locations in Arizona, with plans to open eight more by 2018 and to expand elsewhere in the US by 2020.

While the chain doesn't explicitly brand itself as healthy, everything on the menu contains less than 600 calories and 1,000 mg of sodium, and the dishes are free of high-fructose corn syrup, butter, cream, trans fats, MSG, and preservatives. Most items cost less than $10.

As noted by First We Feast, LYFE is backed by Art Smith, Oprah’s former personal chef, who has also appeared on "Top Chef."

3. Veggie Grill — A vegan chain that claims its burger tastes better than a Big Mac

The vegan chain Veggie Grill serves burgers primarily made of pea protein, while its "chicken" sandwiches contain soy, pea, and wheat protein. Prices range from $3.50 to $11.50.

The chain has 28 locations, all of which are in California, Washington, and Oregon. In late 2016, the chain announced it will expand nationally after getting $22 million in funding from investors. By 2020, Veggie Grill plans to double in size.

"Today’s consumer is more mindful and aware that eating a diet made up primarily of veggies, fruits, grains and nuts is better for you," CEO Steve Heeley told Business Insider. (Unsurprisingly, Heeley is a vegan himself.)

At the vegetarian chain Eatsa, customers place their orders on iPads and pick up their food from automated cubbies. Human workers prepare everything in the back.

Specializing in quinoa bowls that cost around $7, the chain's meals range from 450 to 700 calories.

Currently, Eatsa (which debuted in 2015) has four locations in San Francisco and Los Angeles. In November 2016, it added a DC location and opened its first New York City location in December.

With a menu that emphasizes locally sourced vegetables, Dig Inn offers items like maple and sriracha-glazed Brussels sprouts and poached wild salmon. Diners order pre-made main dishes and sides at a counter, which are placed in compostable boxes.

Since its launch in 2011, the farm-to-table chain has opened 14 locations in New York City and one in Boston. Dig Inn's CEO Adam Eskin told BI that the company plans to open more Massachusetts locations and add others in a third state by 2018.

Dig Inn forms partnerships with local farmers, which allows it to keep its prices relatively low, Eskin said. However, a plate from Dig Inn generally costs between $8-$11, which is more expensive than most food from McDonald's or Burger King. (However in New York City, where real estate prices are among the highest in the country, a McDonald's Big Mac meal costs around $8.)

6. The Kitchenette — A grab-and-go joint where most items cost $5

In August 2016, Kimbal Musk (yes, he's Elon's brother) launched a fast food restaurantthat serves sandwiches, soups, and salads — the majority of which cost $4.95. Called the Kitchenette, it's located inside the visitor's center at Shelby Farms Park, a 4,500-acre urban park and conservancy in Memphis, Tennessee.

The grab-and-go spot is part of Musk's larger chain of restaurants, called the Kitchen, which strives to use produce and meat from local purveyors. Musk plans to launch more Kitchenette locations within Memphis and eventually nationwide, though there's no firm timeline yet.

7. Freshii — A plant-based chain that's been around for 10 years

Freshii, a Canadian fast food franchise founded in 2005, offers salads, wraps, and bowls, the majority of which are under 700 calories and cost $7. It boasts more than 300 locations worldwide and is one of America's most popular healthy fast food chains. In the past few years, new locations have opened inside airports, stadiums, and Target stores.

In 2015, after McDonald's announced its menu improvements, Freshii's CEO Matthew Corrin sent an open letter to McDonald's, in which he offered to partner with the fast-food giant and pushed the chain to serve healthier food.

8. Everytable — A chain that changes its prices based on the average income in the neighborhood where it's located

Everytable, which launched its first Los Angeles location in 2016, adjusts its prices depending on what its local customers can afford.

The South LA location (where households earn a median salary of $30,882), for example, offers salads and bowls for less than $4.50. In early 2017, Everytable will open a second location in downtown LA (where the median salary is $99,990), which will offer the same items for around $8. Both stores' ingredients will be sourced from local purveyors, but the idea is that sales in wealthier neighborhoods can partially subsidize operations in lower income areas.

Everytable's cofounders, Sam Polk and David Foster, told BI they plan to expand the chain to more LA neighborhoods and eventually to other cities around the US.

9. LocoL — A California eatery where everything costs $6 or less

The chain's dishes contain more calories than, say, a salad, but everything is made with high-quality, locally sourced, whole ingredients. In LocoL's cheeseburgers, for example, cooked grains and tofu make up 30% of the beef patties. Its chicken nuggets also contain fermented barley. Instead of soda, fruity aguas frescas are made in-house every day.

The chain, which launched in 2016, currently has two permanent locations and an array of food trucks in Los Angeles. By the end of 2017, Choi and Patterson hope to have nine locations nationwide, including a coffee shop and a kitchen where their staff can prepare the trucks' food off-site, according to Eater.