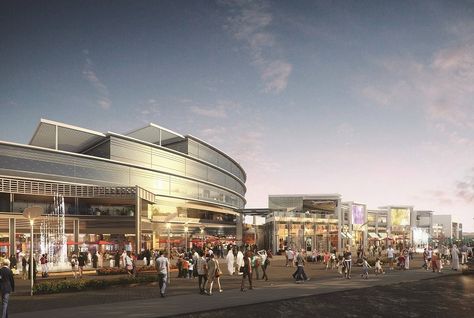 First Avenue, the new mall and hotel project planned for Motor City in Dubai, has signed up a raft of high-profile food and beverage brands.

Krispy Kreme, Costa Coffee, London Diary and Mikel Coffee are among those to have signed up and will join a total of 15 food and beverage outlets at the new motoring-themed mall, co-located with a four-star 150-room Park Inn by Radisson hotel, overlooking the race track at Dubai Autodrome.

First Avenue is owned and operated by Saudi Arabia’s Al Tawfeeq for Development and Investment (ATDI).

The bundle of beverage retailers was announced as plans gather pace to open First Avenue which will serve a catchment area with a rapidly growing population in one of Dubai’s emerging suburban quarters.

According to a report released earlier this year by property consultants CBRE, the UAE follows Norway and Switzerland as the third highest spender on food and beverage products in the world.

CBRE examined the eating habits of 22,000 mall shoppers aged between 16 and 65 years. UAE residents spend an average of AED68 on food and beverage per person per mall visit, compared to AED70 for Norwegians and AED74 for the Swiss.

The backers of the AED500 million ($136 million) First Avenue project are positioning it as an all-week-round destination for residents, tourists, families and the business community. As well as shops and restaurants, it will have healthcare services, a children’s entertainment area, and a 400-space underground car park when it opens in early 2017.

“Demand is high for big-name brands in the broad beverage segment and First Avenue is responding to that,” said Dr Ramy Moussly, general manager of ATDI. "With Krispy Kreme, Costa Coffee, London Dairy and Mikel Coffee, we have three of the best known brands in the global beverage industry."