McDonald’s has a new weapon in its war against Starbucks 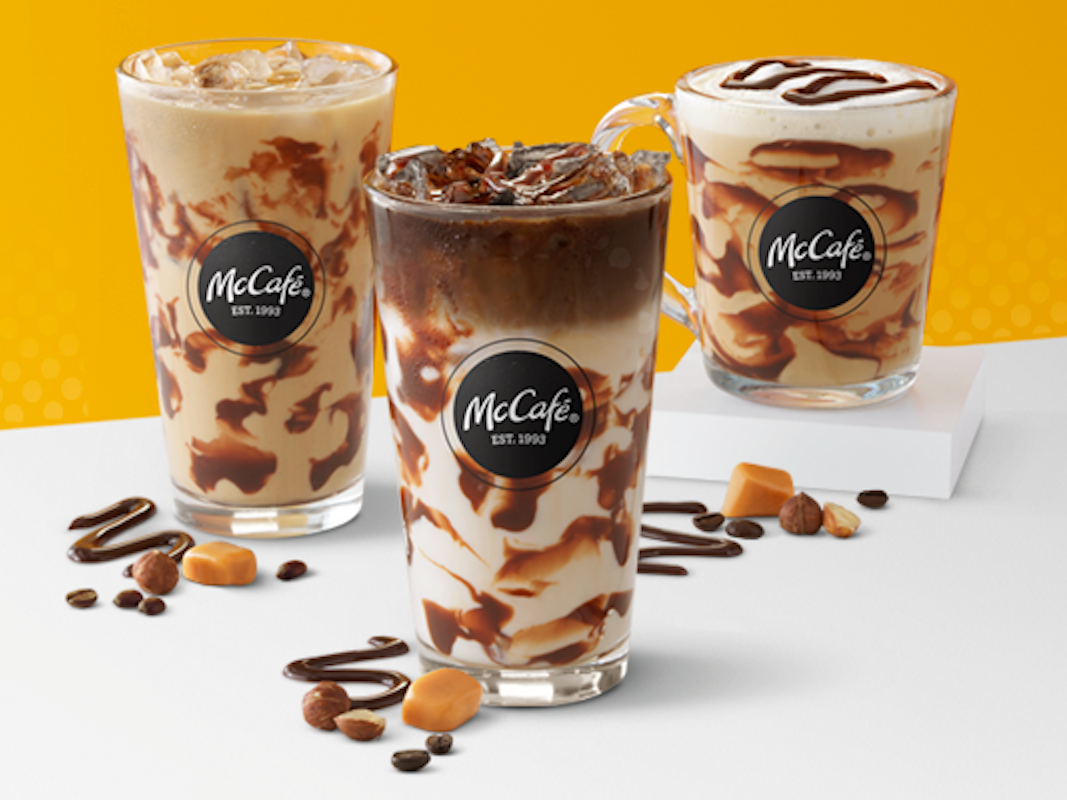 McDonald’s has a new beverage line as it ramps up its attempt to compete with Starbucks.

On Wednesday, the fast-food giant announced plans to launch its new seasonal, “café quality” Turtle line. The Iced and Hot Turtle Macchiatos, as well as the Iced Turtle Coffee, will hit menus in early April and be available for a limited time.

“Over the last year, McCafé has broken new ground with a series of exciting changes and it’s only just begun,” Elina Veksler, senior director of McCafé Menu Innovation, said in a statement. “Our Turtle coffee beverages are a new take on an indulgent treat.”

In September, McDonald’s announced that it had added a new set of espresso-based drinks to the menu: the caramel macchiato, vanilla cappuccino, and americano. At the time, the company also announced a McCafé brand revamp, debuting a new logo and cups that feature a cleaner, more minimalist design, plus colors that will change based on the season.

The Turtle beverage lineup shows McDonald’s following Starbucks down the path of crafting a menu with both more espresso drinks and sweeter beverages.

Starbucks’ strategy depends on attracting both coffee snobs who want espresso-based beverages and customers who crave something sweeter and more creative. The two different types of more premium categories – both nitro cold brew and Crystal Ball Frappuccinos, for example – both allow Starbucks to charge more than a typical coffee shop.

Now, McDonald’s is adopting the same strategy – but at lower prices. Currently, the fast-food giant has a deal that allows customers to purchase any small McCafé drink for $2.